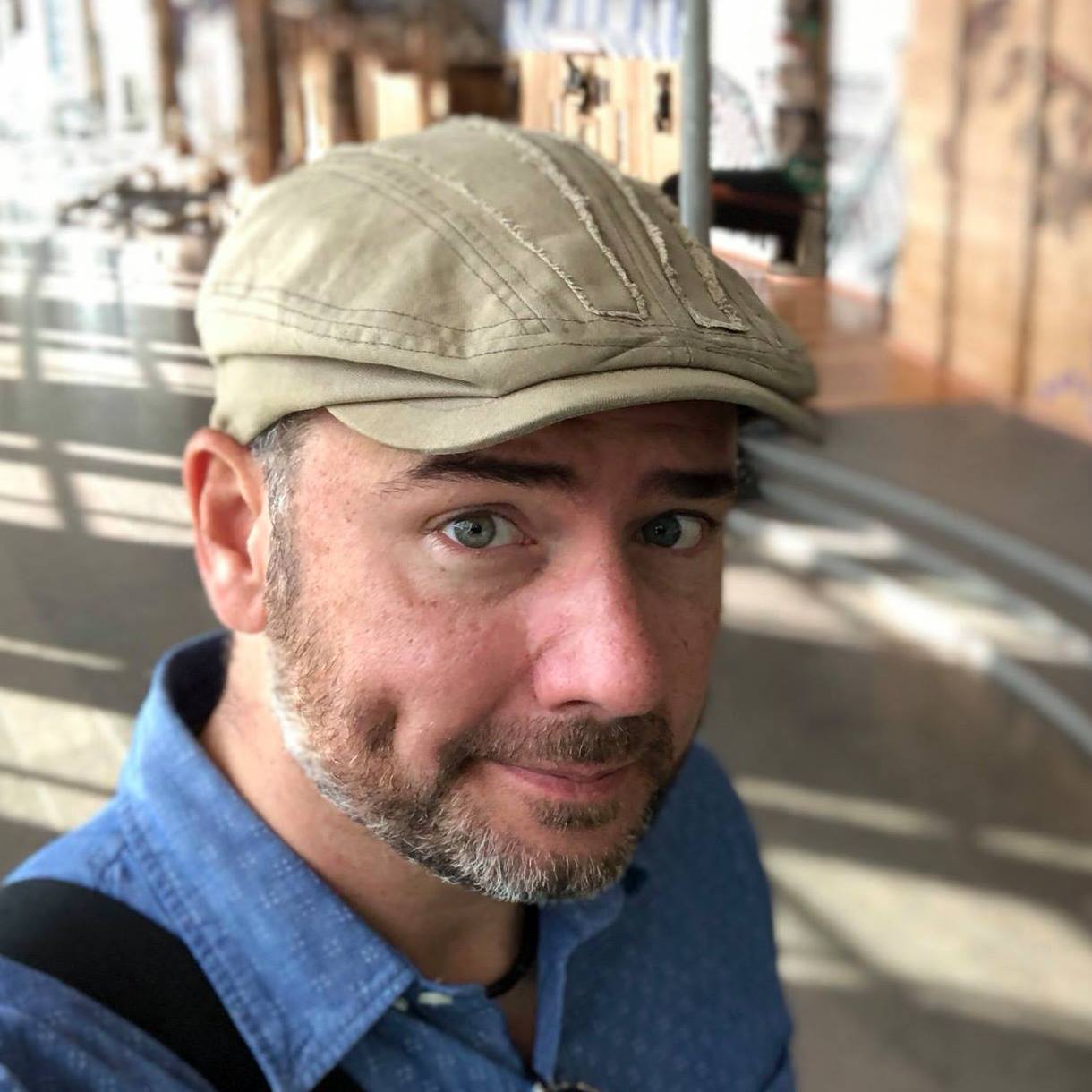 I’m a Digital Strategist and Entrepreneur with significant experience in business transformation specializing in digital storytelling. Today, I relish in crafting unique experiences that encourage learning and make museums appealing and entertaining to all, both in-museum and online. (more...)

My journey as an instigator and troublemaker in the industry began in 1994 when I discovered the possibilities of the web. I registered my employer’s first domain, designed and launched my first website, I was hooked. I quit my job and my employer became my first client. I established my first company, Horizon Media Group, with branding, design and web in focus.

In early 2000, with the wave of new startups, I co-founded Ottawa’s first creative co-working space, Borealis, a high tech startup incubator which provided fully serviced and equipped studio space for 20 startups. Unfortunately, during the second year in operation and lack of funding we were forced to close our doors. It became an important learning experience in my entrepreneurial journey. During the turmoil of the shutdown of Borealis, I decided to merge Horizon Media Group with another company in 2002 and join their leadership team as Business Development and Solutions Manager.

In 2004, my excitement for the production of new ideas brewed into establishing a new creative think-tank, The Other Side Studios, a production studio for entertainment services and products ranging from social networking events to innovative and interactive digital media products. Productions included: Clickathon, a series of stock photography events; City Hunters, an urban photography scavenger hunts; Tikiosk, an online ticketing platform for events. That year, I also led the creation of digitalOttawa — an initiative supported by the Ottawa Centre for Research and Innovation (now InvestOttawa) to connect Ottawa’s digital media community with each other by hosting monthly events and an online community portal.

In 2006, I branched out to Montreal to join Codency, a holding company, as a Director. By the end of my assignment, I had recruited a world class team, managed and advised in the creation of a number of projects and new startups (Pixilis, Diamancy, Gigasize and Needen).

Soon after, I returned to Ottawa and transitioned the digitalOttawa initiative into a full consulting agency, armed with seasoned associates, we ventured to pioneer the Government of Canada in Social Media and Mobile initiatives working closely with the Public Health Agency of Canada (PHAC), Canadian Security Intelligence Service (CSIS), Global Affairs Canada, Canadian Air Transport Security Authority (CATSA), Citizenship and Immigration Canada (CIC), the Canadian Armed Forces and many others.

In 2012, The Other Side Studios and digitalOttawa merged and continued to spearhead thriving new initiatives under the new brand, UniForge, by helping to adapt and solve digital media, communications and marketing challenges through playful gamification solutions and campaigns. Clients included 20+ Government of Canada departments and agencies; and 100+ private and other public sector organizations.

My passion for board games led to some initiatives

As a kid, board games was always a thing we enjoyed together. As life went on, I didn’t think of them much till about 2004 when I noticed an upcoming new trend and their big return. It was something fun to do with friends and family. In 2008 while sitting down with a friend, we were committed to re-introducing it as a viable social activity for all, be it for casual, educational, or even competitive. It was then we ventured to create and host the first Game Summit and Toy & Game Expo to then to become the largest annual tabletop gaming events and expo in Canada; In 2011, I launched, Games for All, an online store and giant game rental service; and in 2014, upgraded to a full tabletop gaming retail store and lounge in Westboro; We also pioneered as the first Canadians to publish two board games, from local game designers, through two successful Kickstarter campaigns in 2011 (FrankenDie) and in 2012 (Top This!).

It’s time for something different – In April 2015, I accepted to take on a new challenge as a Digital Leader at the Canadian Museum of History, Canadian Children’s Museum and Canadian War Museum. The museum world is entering a very exciting time as digital technologies provide a huge potential to enhance storytelling and visitor experiences in a vast number of ways. My team is tasked to innovate, design, develop, deploy and support both museum’s overall digital experience online and in-museum with audio, video and interactive installations.

Ever since I can remember I’ve been an entrepreneur. I strive to pioneer, innovate, build brands and big events. Building, growing and running creative agencies; founding one of Ottawa’s first digital creative co-working space; hosting and running major stock photography and scavenger events; unleashing tabletop gaming premium venues and events; experimenting with crowdfunding, designing, manufacturing and global distribution of products; managing and successfully delivering over 300 digital projects; and now innovating in the museum space with digitally enhanced experiences.

I continue to create and support new projects and businesses. Keep checking for updates on what I’m working on and connect if you want to participate or have ideas of your own that think I might be interested in.

So proud of my baby girl @beccaacote, she graduate

Setting up the home office for long-term remote wo

From a couple years ago, in a different world... a

Great to have the kids home for the holidays! Afte

Lots of us are working from home. What a wonderful